So once again thanks to all who have contributed – I’ve had lots of fun doing this. I got to: sit outside in the fresh air and sunshine, made friends with the builder next door, gotten to know my neighbours a bit better, had friendly chats with the postie, learnt how to mix cement and do mortaring… I recommend it! Now, what else can I cement up…..?

Today’s progress on THE WALL – one more session in the next couple of days, and the main bit’ll be complete!

Today I’ve added the first items to THE WALL.  A long way to go, but a start nonetheless.  Now we’ll see how much falls off it when it dries, I suppose…  I’ve yet to put some kind of finish across the top to prevent water and cracking, but I’ll do that at the end.

Here’s the chalk sketch I’m using from my rough plan to follow some shapes:

Putting the first items into THE WALL:

Enjoyed this engaging murder-mystery, mistaken identity/crime drama about a man wrongly accused of killing his wife.

Hilariously bad ’80s fashion – although the use of colour and dress is used for character/plot purpose.  Don’t see the attraction to floppy-haired French Hugh-Grant-alike myself, though. 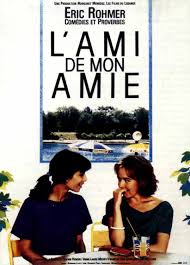 PIRATES OF THE CARIBBEAN 4: On Stranger Tides (Cinema, Rob Marshall, 2011)

Yawn.  Too long, too much fighting, not enough plot.

Very interesting French-Canadian film, somewhere between Gregg Araki and Jean-Luc Godard. Love triangle but focussing on changing friendship between young gay man (played by Dolan himself) and his vintage-clothing obsessed female friend.  I think she should have stuck with the vintage clothing to the end, though!

Great!  Grim, gripping, nicely paced and well acted etc.  Could watch this a number of times over I think.

Fantastic fun from this Australian horror flick.  Exactly what you want from a teens-in-the-woods horror romp, more modern horror should be like this – follow the best old formats but still feel inventive and new.

Antithesis of the above.  Boring, despite being about feeding teenagers to vampires.

Fun.  Not amazing, but enjoyable superhero guff, lots of fun if you don’t go expecting much.  Nb. for some proper serious acting, see Charles Xavier below…  (watching grown men acting mind control is suprisingly hilarious if you think about what they’re actually doing in front of a cemra crew, and managing to keep a straight face!).

Extremely unsettling film about a couple keeping their 3 teenage children isolated from society (to the extent of not telling them what a telephone is, and that cats are creatures that will attack and kill them if the venture outside their garden etc.).  Combine this with coming-of-age sexual exploration and you’re left with quite an odd feeling you can’t quite define.  I think this film will haunt me for some time to come.

Enjoyable crime romp – bio-pic of Renato Vallanzasca.  Perhaps a bit too long, or tries to cram in too much, so feels a little ‘bitty’ or confused in parts, but the central actors are engaging and includes some moments of genuine brutality/nastiness which give the film an edge.

I’ve started to collate what I have so far for THE WALL as, weather permitting, I’ll be starting to put stuff on it this time next week! I’ve also done a rough plan to give me an idea of where to start re: patterns etc. rather than just completely making it up as I go along…

THANKS so much to my mum for giving me tons of mosiac tiles, some jewellery and a few brooches that belonged to my Nan (one of which I’m keeping to wear!). And to Jim C., and others I know that are planning to send stuff – the sooner the better if possible, please!

First base layer is done!  That means I can begin putting layer 2 and the mosaic pattern stuff into it in about a week’s time!  Get sending stuff to me, people!

Note how, the further left the cement, the smoother the finish is – as I finally started to figure out how to do it properly towards the end 😀

Aaaaand I've finished making a dress inspired by a 1970 kids book, using a 1971 dress pattern and a bit of leftover duvet cover from a charity shop! #hauntedgeneration #1970swyrd #generationhexed
Halloween 2019 part 2 #folklorethursday
Halloween 2019 #folklorethursday
Joined a video shop. Again.
You go 30 years without any tapes then two come along at once... A two tape joy kinda day, thanks to GTFOD!
missytassles
Blog at WordPress.com.